The red spider lily flowers are like the legs of spiders. It has bulbs shaped like onions. Its leaves are tufted, slender, and pointed, shaped like garlic leaves. Its leaves are fleshy, banded, turquoise in color, and white powder. This plant flowering first and then grow long leaves. The flowering period of red spider lily is from August to September.

The wild variety of red spider lily grows in the gloomy tidal wetland. Its habitat is red soil, so it has strong cold resistance, likes shade, and the high-temperature limit it can tolerate is the daily average temperature of 24 ℃.

It likes to be wet and drought resistant. Therefore, it is used in acidic soil. Loose and fertile humus soil are the best. If the soil is fertile and well-drained, the flowers are particularly prosperous.

In addition, the red spider lily likes to grow in cemeteries, so it is also called the dead flower.

The red spider lily is widely distributed throughout East Asia and in Vietnam, Malaysia, and other countries. The Japanese species are presumed to have been transported from China to Kitakyushu island more than 2000 years ago.

The appearance of the red spider lily

The red spider lily is a perennial herbaceous flower of the Lycoris family. Flowers are like dragon claws and bulbous and shaped like an onion. The leaves are tufted, slender, and pointed, like garlic leaves, fleshy, banded, green, and white.

At the turn of summer and autumn, the flower stems break through the earth, with umbels at the top. There are 5 to 7 flowers, which are red and strange (there are white varieties in addition to red), and the petals roll back like dragon claws. First blossom and then grow leaves. Leaves don’t fall in winter and fall dormant in summer.

Because the flowers and leaves can not meet, the red spider lily is also known as the “heartless” flower.

In midsummer, its flower stems suddenly rise up again, blooming flowers with unique charm and golden brilliant smile, giving people pleasure and surprise. Therefore, its name is derived. Its moral is better. It means happiness.

The golden spider lily and red spider lily just look very similar. After all, they are plants of the same family.

The red spider lily likes a cool growth environment and cannot grow in a place with strong light for a long time. Therefore, it needs to be placed in a primary and semi-cloudy environment during maintenance.

When the light is strong in summer, a shading net is needed to shade red spider lilies. In winter, put it on the windowsill for lighting so that it can receive more sunshine.

The most suitable temperature for the growth of the red spider lily is 14-22 degrees, and it is usually planted in winter and spring, which is not suitable for growing in a too humid environment.

Take timely cooling measures for flowers in summer. When the temperature is too high in winter, You should also move the potted plants indoors to keep warm in time.

The red spider lily needs appropriate water to support its growth. Water once every 1-2 days to supplement water in the growth period. In winter, it will reduce its water demand. At this time, waterless to avoid freezing or waterlogging.

Before planting or turning the red spider lily pot, you can add organic fertilizer to the soil as the base fertilizer. Topdressing should also be applied once in the growth period.

Apply phosphorus and potassium fertilizer before flowering to promote flowering and ensure the quantity and quality of flowers.

The propagation ball splitting method is the most convenient propagation method for red spider lilies. Dig out the plant after flowering or dormancy, and plant the sub ball next to the female ball separately. It can bloom in about 1-2 years.

Because red spider lilies seeds have no dormancy, you should sow them immediately after seed collection, and the radicle can be seen after 15 days at 20 ℃. It takes about 4-5 years from sowing to flowering in the natural environment.

Efficacy and function of the red spider lily

The bulb of red spider lily is warm, pungent, bitter, and toxic. It can induce vomiting, expectorant, detumescence, relieve pain, and detoxification. However, if ingested by mistake, it may lead to poisoning, vomiting, diarrhea in mild cases, and paralysis of the central nervous system in severe cases, which is life-threatening.

According to pharmacological research, the main medicinal components of red spider lily bulbs are various lycorine and galantamine. Lycorine and its derivatives have certain anticancer activity, anti-inflammatory, antipyretic, sedative, and emetic effects on amebic dysentery.

Galantamine is a reversible cholinesterase inhibitor that is used for paralysis and myasthenia gravis caused by central paralysis diseases such as poliomyelitis. These components can be extracted on a commercial scale. 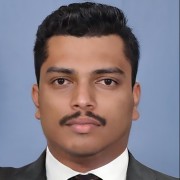 Top 10 Poisonous Flowers In The World